“There’s a renewed emphasis among some men, particularly those that lead media, technology or reach large audiences through their work, to communicate with more emotional intelligence”, said Horn, who founded the modern masculinity group Junto in response to the “MeToo” movement.
The examples of what not to do are plentiful, but there’s not a clear mainstream answer for what men should become, he said. Read further here

What Is A Men’s Group?

A men’s group is when a group of men meet regularly in order to better themselves as individuals.

It is simply a regularly held group container wherein men are able to heal parts of their psyche, and become sharper, wiser, and more well rounded as people.

One of the most common questions that I get asked when people outside of my men’s group community hear what we do, they simply ask, ‘Why?’, (which is then quickly followed by, ‘What do you do?’).

Every man comes into a men’s group with a different primary intention. Read further here about participating or starting your own men’s group….

What Is The Point Of Being In A Men’s Group?

A men’s group is a special form of community. It is a community that meets a man’s desire and need for intimate kinship, support and loyalty…

We no longer live in small clans where a dozen men gathered in the Men’s Hut. We live in a mega-scale society; our cultural units consist of millions or hundreds of millions rather than a few dozen people. These changes have occurred over the last 12,000 years – a very short time relative to our time on the planet. This short time span is not enough for us to have changed our emotional composition.

Just as we still need nutrients that are similar to those our ancestors consumed, we also need social units that meet our genetic emotional needs. Attempts to deny the body nutrients will always result in unhealthy bodies. Our bodies may survive, but they will not be bodies filled with vitality. Likewise, denying a man the community structures required by his emotional framework will leave him desperately searching to fill this missing element. Click here for more reading and for access to a men’s group manual.

Below are a handful of international group links for your attention, if you know of any missing entities for contribution or your organisation would like to be included in the list – Contact Us. 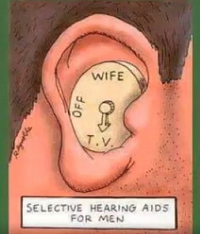 There are also a number of developing regions: Costa Rica, Mexico, Netherlands, China, India, and the Central Africa (DRC, Cameroon).

The ManKind Project supports a Global network of over 1,000 peer-facilitated men’s groups serving close to 10,000 men each week. In an MKP men’s group, men mentor men through the passages of their lives.

Supporting the lives of Men via the Men’s Elective Network… with Resource Directories for Help, Fulfillment and Contentment in life.