[ Shining the light on a Men’s Health & Family Network ]

There is a war against Men – a belief held by many Australian feminists…. example, “should Fathers day be renamed special persons day”, or “army has banned male recruits to boost female numbers”, “Businesses that support men being targeted because of a simple gender style”… watch for yourself.

1 in 3 victims of domestic abuse victims are male

Sky news report from a British perspective on the gender crossover that 1 in 3 men are just as likely to suffer domestic abuse… and hide it. Whether its female manipulation, nagging, withdrawal of relational interaction culminating in physical attacks such as scratching to the extreme of murder. Campaigners say police still fail to take complaints seriously – and that the stigma of being a male as a victim is not tractionable..

Gillette on the razor over men’s health

Oh Gillette, Oh Gillette! – Gillette responds to criticism over their controversial advertisement, while the backlash may have subsided the issue is still around… after watching the video you might like to see these reviews; AMHF article around Aussie men or this one from  Fernando Desouches – man trap.

Consider a talk by Colin Stokes – How Movies Teach Manhood. I was excited about this lecture, hoping this man’s research on the portrayal of men in movie media would shed some light into the messages various forms of entertainment are teaching men. To my disappointment, this lecture had been mistitled and should have been called: What we’re teaching Our Boys about Womanhood. Sadly, this talk echoed many of the same old feminist theories that have been popular in academia since the early 1970’s. The information was correct, but there seemed to be nothing new discussed in his analysis… but non the less it gets you thinking… 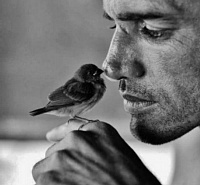 Families, friends, teachers, & community leaders all play a role in helping boys define what it means to be a man. Mainstream media representations also play a role in reinforcing ideas about what it means to be a “real” man in our society. In most media portrayals, male characters are rewarded for self-control and the control of others, aggression and violence, financial independence, and physical desirability.

The Red Pill – a 2016 American documentary film directed by Cassie Jaye. The film explores the men’s rights movement, as Jaye spends a year filming the leaders and followers within the movement. The Red Pill premiered on October 7, 2016, at Cinema Village in New York City, followed by several other one-time screenings internationally. It was released on DVD and Blu-ray on March 7, 2017, by Gravitas Ventures. Controversy over the documentary has led to some protests and cancellations of its screenings.

The Red Pill shifts from Jaye’s investigation of what she initially believed to be a hate movement to more sympathetic coverage of the movement. The shift is shown in the film through Jaye’s questions about her own views on gender, power, and privilege.

Some of the issues facing men and boys:

It includes interviews with men’s rights activists and those supportive of the movement, such as Paul Elam, founder of A Voice for Men; Harry Crouch, president of the National Coalition for Men; Warren Farrell, author of The Myth of Male Power; and Erin Pizzey, who started the first domestic violence shelter in the modern world. It also includes interviews with feminists critical of the movement, such as Ms. magazine executive editor Katherine Spillar, and sociologist Michael Kimmel. It also contains excerpts from Jaye’s video diary.

Falling within a range of stereotypes, the report Boys to Men: Media Messages About Masculinity, identifies the most popular stereotypes of male characters…

The Joker is a very popular character with boys, perhaps because laughter is part of their own “mask of masculinity.” A potential negative consequence of this stereotype is the assumption that boys and men should not be serious or emotional. However, researchers have also argued that humorous roles can be used to expand definitions of masculinity.

The Jock is always willing to “compromise his own long-term health; he must fight other men when necessary; he must avoid being soft; and he must be aggressive.” By demonstrating his power and strength, the jock wins the approval of other men and the adoration of women.

The Strong Silent Type focuses on “being in charge, acting decisively, containing emotion, and succeeding with women.” This stereotype reinforces the assumption that men and boys should always be in control, and that talking about one’s feelings is a sign of weakness.

The Big Shot is defined by his professional status. He is the “epitome of success, embodying the characteristics and acquiring the possessions that society deems valuable.” This stereotype suggests that a real man must be economically powerful and socially successful.

The Action Hero is “strong, but not necessarily silent. He is often angry. Above all, he is aggressive in the extreme and, increasingly over the past several decades, he engages in violent behavior.”

The Buffoon commonly appears as a bungling father figure in TV ads and sitcoms. Usually well-intentioned and light-hearted, these characters range from slightly inept to completely hopeless when it comes to parenting their children or dealing with domestic (or workplace) issues. 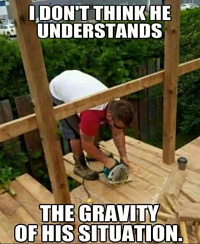 In its study of masculinity and sports media, the research group Children Now found that most commercials directed to male viewers tend to air during sports programming. Women rarely appear in these commercials, and when they do, they’re generally portrayed in stereotypical ways.

Shining the light on Men’s Health via the Men’s Elective Network… with Resource Directories for help & contentment in life.

This website uses cookies to improve your experience while you navigate through the website. Out of these, the cookies that are categorized as necessary are stored on your browser as they are essential for the working of basic functionalities of the website. We also use third-party cookies that help us analyze and understand how you use this website. These cookies will be stored in your browser only with your consent. You also have the option to opt-out of these cookies. But opting out of some of these cookies may affect your browsing experience.
Necessary Always Enabled
Necessary cookies are absolutely essential for the website to function properly. This category only includes cookies that ensures basic functionalities and security features of the website. These cookies do not store any personal information.
Non-necessary
Any cookies that may not be particularly necessary for the website to function and is used specifically to collect user personal data via analytics, ads, other embedded contents are termed as non-necessary cookies. It is mandatory to procure user consent prior to running these cookies on your website.
SAVE & ACCEPT